Stages of the Joint Core Strategy

This page sets out the various stages in the development of the Joint Core Strategy for Broadland, Norwich and South Norfolk. The stages are in chronological order with the most recent being at the top of the page.

On 13 November 2013 the Inspector issued his final report. The report concluded that, subject to a number of Main Modifications, the Joint Core Strategy for Broadland, Norwich and South Norfolk, the Broadland part of the Norwich Policy Area Local Plan is sound and is an appropriate basis for the future planning of the area. The Inspector’s report and the Main Modifications Appendix are available to view below:

Inspector's Report On The Examination Into The Joint Core Strategy For Broadland, Norwich And South Norfolk, The Broadland Part Of The Norwich Policy Area Local Plan   Size: 169 KB – Date: 13/11/2013

The Local Planning Authorities considered the Inspector’s Report and made resolutions for adoption, subject to adoption by the other 2 authorities and the necessary legal and administrative processes, at the meetings below:

Norfolk County Council considered a report at its Cabinet meeting on 6 January 2014.

The content below is a collection of archived news concerning the Examination in Public Core Strategy and its examination. The news items are listed in chronological order, with the most recent first.

The submission documents are available below:

The proposed submission document was produced to address the Judgment made by Mr Justice Ouseley in the High Court on 24 February 2012, in the case of Heard v Broadland District Council, South Norfolk Council and Norwich City Council. Rather than being a review of the whole JCS; the proposed submission was a reconsideration of only those parts of the JCS which were remitted by the Judgment and Court Order. The published documents are available below:

The representations made during the publication period can be viewed here.

A legal challenge to the adoption of the JCS was received on 3 May 2011 from Stephen Heard, Chairman of Stop Norwich Urbanisation. High Court Judge Mr Justice Ouseley made his judgment on 24 February 2012 and published his final order regarding the legal challenge to major growth in the Greater Norwich area on 25 April 2012. The Judgment and Order are available below:

The Judge prepared a note which accompanied the Order and this is available to view below:

Mr Justice Ouseley issued the final order following his ruling in the High Court on February 24, 2012. He found that those parts of the GNDP’s Joint Core Strategy concerning the North East Growth Triangle (NEGT) should be remitted for further consideration and that a new Sustainability Appraisal for that part of Broadland in the Norwich Policy Area be prepared.

The judge rejected the arguments put forward by the claimant that the text promoting the expansion of Broadland Business Park and the chart showing overall homes figures should be included in the remittal.

All other supporting documents are available under the ‘Adoption’ stage below.

Following adoption a legal challenge was made and as a result of this parts of the text, and some associated maps and diagrams, were remitted by High Court Order and taken back to the Regulation 19: Publication of a Local Plan stage, to be treated as not having been subject to examination or adoption. Those parts of the Joint Core Strategy not remitted remained adopted.

The Joint Core Strategy, as adopted in March 2011, Inspectors report and other supporting documents are available below:

The previously adopted proposals maps can be viewed here:

Examining Inspector, Mr Roy Foster MA MRTPI, and the Assistant Inspector, Mr Mike Fox BA (HONS) DIPTP MRTPI, issued their final report on the Joint Core Strategy (JCS) for publication on 25 February 2011. They concluded that, subject to certain changes, the JCS was sound, legally compliant, and an appropriate basis for planning of the area of Broadland, Norwich and South Norfolk, over the next 15 years to 2026.  The Inspector’s report is available to view below:

Upon consideration of the Inspectors’ report Broadland District Council, Norwich City Council and South Norfolk Council, at Full Council meetings held on 22 March 2011, each resolved to adopt the Joint Core Strategy and the principles it sets out as a legally binding framework within which the area will develop over the next 15 years.

The Independent Examination into the Joint Core Strategy formally opened, at The King’s Centre, Norwich, on Tuesday 9 November 2010, at 10.00am. Hearing Sessions were initially held over a three-week period with the Inspectors then calling an additional sitting day on Thursday 9 December 2010.

The Inspectors’ agendas for the Examination Hearing Sessions held between 9 November and 9 December 2010 are available below.

Documents submitted during the public hearings are available in the document library. Please search by reference RF.

Hearing Statements (HS) and Statements of Common Ground (SCG) submitted to the Inspectors ahead of the commencement of the Examination in Public are available in the document library here.

During the course of the EiP , from submission to the commencement of the public hearings, the Inspectors asked the GNDP to provide additional information over various issues. Other participants also submitted further information. All hearings documents can be found in the document search by searching for the EIP document reference.

Following the session on 9 December 2010 the Inspectors requested that a number of possible changes discussed at the hearings be advertised so that interested parties, including the Greater Norwich Development Partnership, could express their views in writing.

The Inspectors’ Possible Changes and supporting documents can be viewed below:

The Programme Officer, Louise St John Howe, managed this part of the process on behalf of the Inspectors. All representations received can be found in the document library by searching for the relevant ‘IC’ reference.

A Statement of Focussed Changes to the Joint Core Strategy for Broadland, Norwich and South Norfolk sought to address, and provide clarity to, the issues raised by the Inspectors at the Exploratory Meeting. The Statement was published for comment over a six-week period between 19 July 2010 and 31 August 2010.

All representations received on the Statement of Focussed Changes, or the evidence that supports it, can be viewed at our online consultation portal here.

An Exploratory Meeting was held by the Inspectors on 13 May 2010.  The Inspectors conclusions were received on 24 May 2010 and can be viewed here.

The Joint Core Strategy for Broadland, Norwich and South Norfolk was submitted to the Secretary of State on 5 March 2010.  All submission documents are available in the document library which can be found here.

The Joint Core Strategy submission document was published under Regulation 27 of the Town and Country Planning (Local Development) (England) Regulations 2004 as amended from 2 November 2009 to 14 December 2009.

This stage had 2 parts, a technical consultation with a range of statutory bodies, utilities and service providers, and key local, district and county wide organisations and a public consultation, where residents and businesses were also consulted. Consultees were invited to comment on the draft of the Joint Core Strategy and the Sustainability Appraisal, including the favoured option for major growth in and around the Norwich Policy Area.

Early consultation with the community and stakeholders on the issues that the Joint Core Strategy needed to address and the options which are available to deal with those issues. This was undertaken in Winter 2007 / 2008. 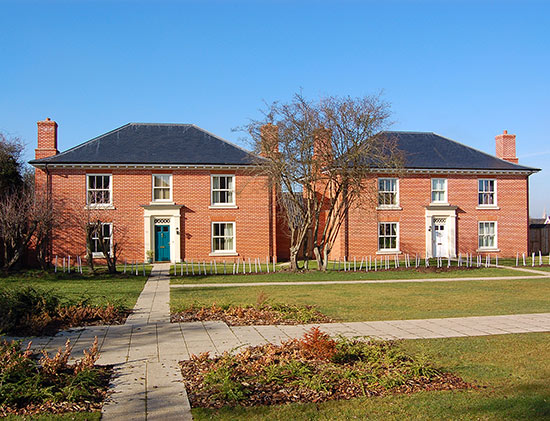